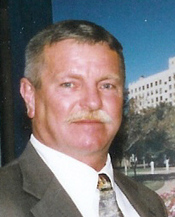 Terry was born December 20, 1950 in Sullivan, Indiana to Lowell Frederick Brust and Jessie Rae Newkirk Brust. Terry graduated from Union High School in 1969, went on to Indiana State University where he graduated with a Bachlor of Science in Physical Ed. He became a paramedic in Indianapolis, and later moved to California where he met his wife Rebecca Justis. They married in California in 1984. They returned to Indiana so Terry could continue his education at Vincennes University for Funeral Service. He graduated in 1986, and became a third generation funeral director. Terry now owns and operates Newkirk's Funeral Home in Dugger, Indiana. In 1995 Terry and his wife went into business with Jerry Banks. They established Banks and Brust Funeral Home in Sullivan, Indiana. Terry and Rebecca had one son Frederick Ray Brust. 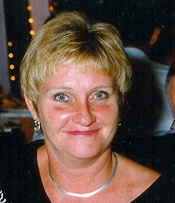 Hi, I'm Rebecca K. Justis Brust, aka Becky. I was born in Colorado Spgs., Colo. January 7. My mother and father were Earl Edward (Eddie)Justis and Blanche Winkler Justis. They both originated in Kansas somewhere. My mother passed away when I was a year old from Polio. I moved to California when I was 12 and lived near Los Angeles until I met Terry Brust. We married in California and returned to Indiana. I felt like the Wizard of OZ and ended up in Dugger, Indiana. Terry returned to Vincennes University for two years to complete his Funeral Directors education. I in turn learned the business hands on with a professional teacher, Jessie Newkirk Brust. My mother in-law, friend, boss, and grandma. I have now been with Newkirk's Funeral Home for 19 years. Oh, and not to mention Terry and I had one son after five years of marriage, Frederick Ray Brust. I'm the one who established this web site. I also have other responsibilities, I take care of all your Pre Need contracts made with Newkirk's Funeral Home, along with the flowers, and greeting you at the door. My title unknown